Veer Thakur (Salman Khan) is an eligible young bachelor living in a small community with his parents: Thakur Punya Pratap Singh (Sharat Saxena) and Thakurain Geeta (Nishigandha Wad). He is in love with Muskaan (Dia Mirza), his friend & daughter of another Thakur. Their parents give their support to the union, but Veer suddenly starts getting visions of events that he can't remember ever happening to him & finds that he is an expert in fighting techniques no pehelwaan (wrestler), including his father, have ever seen before. Nobody has any explanation for these facts.
One day, as the Chief Minister (Anjan Srivastav) is giving a speech at a certain function in his village, Veer suddenly spots a sniper trying to aim at the CM. Veer lunges to save the CM, only to find that the sniper and the building are both missing. Veer grows restless, but nobody notices that the CM has grown restless on seeing Veer. Some days later, at Veer's wedding, some goons attack the party and try to kill Veer, but Veer kills them singlehandedly. Convinced that everyone is hiding something important from him, he demands answers. The Thakur relents and tells him that he is neither Veer nor their son.
The real Veer (Arbaaz Khan) was a soldier who died in the line of duty. After immersing his ashes, he found the bullet-ridden body of an unknown man. When he realized that this man had no memories of his past, he told him that he is Veer & concoct a past for him, because they feel the need to have a son. Veer decides to go on a quest to find his real identity. He goes to Mumbai to find that both the police and goons are baying for his blood. He meets a teenager named Ahsan aka Munna (Sumeet Pathak), who calls him Ali Bhaijaan (brother), but Munna dies while trying to save Ali from an assassin. The hero does not see the face of the assassin but assumes that his name is Ali. He gets visions of a girl (Sushmita Sen) whom he has never seen.
The mystery starts unwinding when he meets a guy named Inder (Inder Kumar). As Ali starts getting his past memories, it is confirmed that his name is indeed Ali. Ali & Munna were orphaned brothers, while Inder was Ali's friend. An old man named Rahim Chacha (Alok Nath) was their guardian. The mysterious girl Ali saw was Mehak, his love. Ali and Inder had won medals for shooting during many contests, although Ali was always the better. The marksmanship skills are noticed by the Joint Commissioner of Mumbai Crime Branch, M.K. Sharma (Mukesh Rishi), who makes a proposal to them: masquerade as goons of a gang, kill goons of their rival gang & trick both the gangs to destroy each other in gang wars. Ali refuses flatly, but after some goons kill Rahim Chacha, Ali & Inder decide to take the offer.
Watch the movie to know the full story.

For More Updates, Subscribe to;
For Blockbuster Movies
https://www.youtube.com/user/VenusMovies 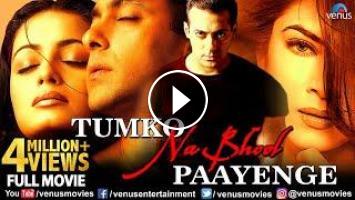