Raj (Amitabh Bachchan), a banker, has done his best to raise his four sons in the hopes that when he and their mother, Pooja (Hema Malini), retire, they will take good care of them. However, things do not work out that way. When Raj retires, the sons want him to live with the eldest (Aman Verma), while the second-oldest (Samir Soni) cares for Pooja. The youngest two children, in turn, will each take a parent six months later. Will the sons persist with such a cruel arrangement? 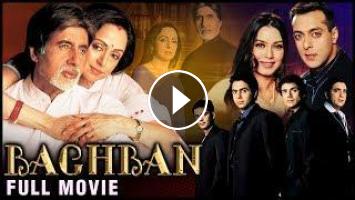 Baghban is a 2003 Indian Hindi drama film directed by Ravi Chopra, featuring Hema Malini and Amitabh Bachchan in lead roles while Salman Khan in a sup...