Thakur Suraj Pratap (Jackie Shroff) sees a young woman performing pooja at a temple, and instantly falls in love with her. He finds out that the woman's name is Pooja (Ashwini Bhave), and belongs to a poor family, consisting of her dad, Ramlal, her mom, and a brother named Raju (Salman Khan). He approaches Ramlal for the hand of Pooja, and Ramlal is delighted to accept him as his son-in-law. They are married with pomp and ceremony. Pooja is very fond of Raju, and takes him along. At the Thakur's palatial home, they are introduced to Jyoti ( Rambha) Pratap's sister. Years later, all have grown up. Pooja has been unable to have any children, and Raju and Jyoti are in love. One day Suraj meets Vaishali (Shweta Menon), a stunning courtesan, and decides to make her his mistress. He disregards any advise against this decision, and even casts Raju away, and cautions him from having to do anything with Jyoti or his household. He even threatens to divorce Pooja over Vaishali. Unable to bear the shock, Ramlal passes away. Raju's attempts to convince Suraj to let go of Vaishali are all in vain, as Suraj openly weds Vaishali, and asks Pooja to accept this decision or else leave his house. Pooja will now have to decide to stay with Suraj or leave him with his new wife.

For More Updates, Subscribe to;
For Hit & Latest Music:
https://www.youtube.com/user/venus 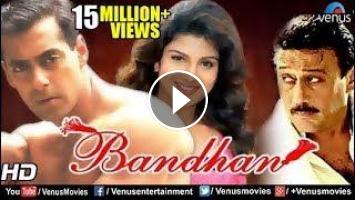