Synopsis: After completion of his higher education Ashok returns to India to stay with his widowed father. He falls in love with Kavita who after a few altercations falls for him too. They are set to get married now. Ashok goes to attend one of his friends' marriage with a girl, Sheila. But groom's father stops marriage rituals abruptly sighting the reason that Sheila is a pervert, and goes back. Ashok marries Shiela to help Shiela's parents save face. Ashok's marriage does not go down well with Kavita and Ashok's father but now Ashok cannot disown his legally married wife. Kavita now does not want to marry but her sister & brother in law asks Ashok to pursue Kavita to marry another boy they have chosen for her. Upon Ashok's insistence, Kavita agrees but asks Ashok to attend her marriage. Ashok comes to attend marriage with Shiela. The groom comes out to be Chander, who was responsible for getting Sheila declared a pervert and deceived her. Ashok tries to stop Kavita's marriage with this crook. Chander attacks Ashok with a knife but Sheila takes the knife on her body. Chander abducts Kavita and runs away. Ashok saves Kavita. On a hospital bed, Sheila asks Ashok to marry Kavita and dies. 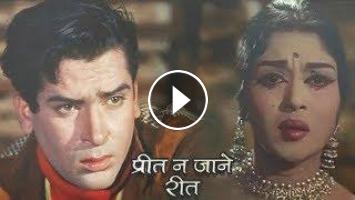 Synopsis: After completion of his higher education Ashok returns to India to stay with his widowed father. He falls in love with Kavita who after a fe...