Plot:-
Ashok (Shammi Kapoor), the son of a rich businessman, Seth Karamchand (Nasir Hussain), telegrams his father that he is returning after several years in Europe to Bombay the following day. The scene shifts to another house. Sharda (Shammi) comes screaming into the room calling her servants but none of them seem to be around. She is upset to see her husband has been sitting quietly and reading the newspaper throughout her screaming. Sharda is a very dominating wife and hardly lets her husband speak.

Sharda knows that Ashok is coming back after 5 years in Europe and that he is the only son of the richest man around. So she feels he’s the most eligible boy in town for her sister, Kavita (Saroja Devi). Sharda wants Kavita to accompany her and receive Ashok at the airport but Kavita refuses. She says she doesn’t want to get married now, and hates rich boys. Sethji, Sharda and Jijaji wait at the airport to greet Ashok. Everybody descends from the flight but they can’t spot Ashok anywhere. Concluding that Ashok didn’t come by that flight, the party returns home.

Kavita and her group of friends are on their way to college when a car, with Ashok behind the wheel, splashes slush on Kavita. He drives back when he realizes what he has done, and the girls begin scolding him. He offers to take Kavita home to change and then drop her off at college. But her friends voice doubts as to his intentions. So he offers her some money to get her saree cleaned or get a new one, but Kavita sharply refuses while her friend punctures his tyre.

Ashok goes to the Desuza, Decruz and Fernandes Garage and is greeted by Fernandes (Johney Walker). Ashok and Fernandes were school buddies but Fernandes wasn’t interested in studies. His uncle took him under his wing, taught him the trade, and gave him a job in his garage. Fernandes fixes his car. Ashok reaches home. His father is annoyed that he didn’t inform him that he wasn’t coming by flight, but one look of regret from his son and the father melts. Ashok explains that his friend, Shamu asked him to drive home instead of taking the flight.

The next day he goes out and sees Kavita and her friends at a petrol pump. He overhears them mention putting up at Ashok Hotel. He follows them. And they all shower him with the same dislike again. He protests that he is a decent man. During the conversation he pokes their tyre with something, leaving them behind with a flat tyre. He drives ahead and when he realizes that they have stopped their car, he gets down and offers help but nobody wants them.

Kavita and group reach Ashok Hotel but the manager says the rooms are all booked. They all get worried because it’s dark already and they don’t know the place. The manager says if they go and talk to the owner, they might get a room because there are rooms reserved for the owners. Kavita goes to speak to the owner, but walks out when she realizes it’s Ashok. Her friends try convincing Ashok, but he says he will only give them a room if Kavita requests it. Her friends emotionally blackmail Kavita into arranging an accommodation for them. 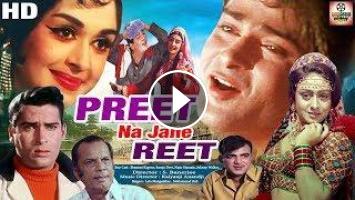