Angar Chand (Amrish Puri) lives a wealthy lifestyle in a small town in India. Fiery Angar Chand and his family of four sons Balram (Jackie Shroff), Shakti (Arbaaz Khan), Kishan (Paresh Rawal) and Jai (Akshaye Khanna) have taken a vow to stay away from women owing to a past family tragedy.Mere mention of the opposite sex is 'strictly forbidden' in their family. Lakshmidevi (Lakshmi) is waiting for an opportunity to seek revenge on Angar Chand and his family. As luck would have it, Angar Chand's youngest son, Jai, and Lakshmidevi's grand-daughter, Anjali (Kareena Kapoor), land up in the same college. Then starts the game of deceit. Both Jai and Anjali pretend to fall in love with each other to seek revenge for their respective families. But somewhere down the line, all this play becomes serious and the two actually begin to develop true feelings for each other. In order to get wed, Jai must first convince his elder brothers to get married albeit in vain as none of them even want to consider this option. Then Lucky (Arshad Warsi), Jai's friend, finds out that Kishan. a seemingly celibate Bhagwan Hanuman's devotee, is leading a dual life as Murari, who has been married to a woman, Gopi (Farah), from Gangapur, for 7 years and has two children, a son and a daughter. When Angar Chand finds out he kicks Kishan and Jai out of his house. Watch what happens when Anjali's marriage is finalized with Laxmi's advocate's son (Manoj Joshi), while Kashinath (Shakti Kapoor) and Surajbhan (Akhilendra Mishra) approach Angar Chand to help them stop Jai from disrupting this marriage on one hand, while Laxmi tells Jai to marry Anjali - setting off a deadly confrontations between the estranged sons and father.

For More Updates, Subscribe to;
For Hit & Latest Music:
https://www.youtube.com/user/venus 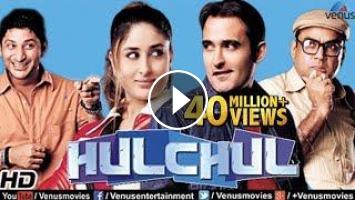