Gali Gali Chor Hai | Akshaye Khanna, Shriya Saran and Mugdha Godse | Super Hit Bollywood Comedy Movie
Gali Gali Chor Hai is a 2012 Indian Hindi-language comedy-drama film directed by Rumi Jaffrey, featuring Akshaye Khanna, Shriya Saran and Mugdha Godse in the lead roles, while Veena Malik appeared in an Item number titled Chhanno which gave a bounce to the film. The films music was composed by Anu Malik.
Part-time 'Hanuman' at the local 'Ramleela', but full-time cashier at the bank – that's Bharat, an 'Aam Aadmi'. He resides in the heart of Bhopal, with Nisha, a school teacher and his loving and caring, but doubting wife, who is concerned more about her husband's promotion from cashier to manager rather than his flying tricks onstage. Bharat's father, Shivnarayan, an old-timer who values freedom and hopes to see his country corruption-free someday, completes the small and happy family. However, there's also an uninvited houseguest in Bharat's household; Amita, a young, beautiful girl who works at a call center and often likes to hitch a ride with Bharat on his scooter, when he is not busy dropping his wife to her school.

Contrary to his wife's wishes, Bharat's sole ambition in life is to graduate from his role as 'Hanuman' to 'Lord Ram' someday. However, that puts him at loggerheads with Sattu Tripathi, the younger brother of the local MLA and a bad actor playing 'Lord Ram', who is perpetually annoyed at being upstaged by 'Hanuman'. His older brother, MLA Manku also has his share of problems with Bharat, who refuses to let out an extra room to him for his re-election campaign.
Watch the full movies to know more.
Subscribe our channel for more movies http://www.youtube.com/subscription_center?add_user=nhstudioz ------------------------------------------------ 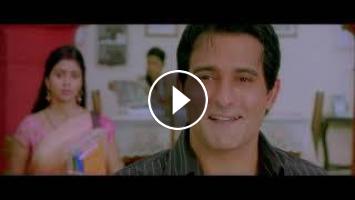