Nishchaiy | Salman Khan, Vinod Khanna and Karishma Kapoor | Bollywood Drama Full Movie
Nishchaiy is an Indian Bollywood film directed by Esmayeel Shroff, released on 17 July 1992. The film stars Vinod Khanna, Salman Khan and Karisma Kapoor in pivotal roles.
Ravi Yadav (Vinod Khanna) is the servant of Manohar Singh (Rajiv Verma). He has a younger brother, Rohan Yadav (Salman Khan) who he wishes to see as a successful and good lawyer. Manohar's wife starts to teach Ravi English so he can get a good job when he goes to Mumbai and that he can afford Rohan's school and college expenses, but Manohar feels insecure and plans to jail Ravi. Ravi is falsely accused of Raping his lover: Parvati, and sentenced to 12 years in prison because the real rapist killed Parvati and then told the court that Ravi has raped her. Manohar's wife Renuka (Moushumi Chatterjee) assures Ravi that she will help Rohan in becoming a lawyer.

12 years later, when Ravi comes out of prison Rohan's whereabouts are unknown. Rohan, in the meantime, has been adopted by famous lawyer Gujral (Saeed Jaffrey), and his wife Yashoda (Reema Lagoo), and is now known as Vasudev Gujral, a lawyer by profession. Vasudev falls in love with Payal Singh (Karisma Kapoor), who happens to be Manohar's daughter. Ravi finds out that Renuka is alive but her memory is diminished after Manohar tries to kill her. Manohar is unaware of Renuka being alive.He starts medical treatment for Renuka. To earn the needed money, he accepts a contract to kill Vasudev Gujral because he is told that Vasu has raped and then killed a women and by killing Vasu he is helping the women's mother in revenge, little knowing that he is about to kill his own innocent long-separated brother.

When he enters Vasudev's room he sees a picture and gets to know that Vasu is Rohan. He returns but Vasu catches him and starts beating him, Ravi is arrested. In the police station, Renuka comes rushing because her memory has returned. Everyone gets to know about what happened and Payal is reuntied with her mother whom she was told has died. Payal goes to her house to confront her father, Manohar. Manohar traps her own daughter. Then comes dome action. Ravi is shot by Manohar, Renuka wants to kill Manohar but Ravi who is taking his last breaths tells her not to. Ravi dies and the story ends
Subscribe our channel for more movies
http://www.youtube.com/subscription_center?add_user=nhstudioz ------------------------------------------------ 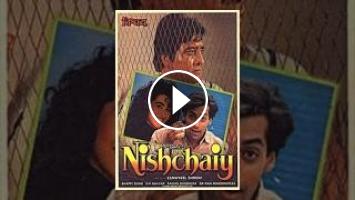