The movie story deals with Krishna talking to Shanti while he receives a letter and then realizes he is late and must be leaving to meet someone, he then reaches a house and sees Gopal on deathbed, Gopal goes back in flashback. This story is about three childhood bestfriends: Krishna, Radha and Gopal. Krishna and Radha are in love, Gopal loves Radha. Gopal goes to earn and become financially strong so that on his return, he can marry Radha,meanwhile when Gopal is gone, Krishna and Radha get involved in a very intimate relationship, which results in Radha getting pregnant. Then Gopal returns in Radha's life. Radha, who is still in love with Krishna, is unable to express her feelings for Gopal. Circumstances become favorable for Gopal and he succeeds in marrying Radha, and subsequently, Radha gives birth to a baby girl, Shanti. Guilty Radha leaves Shanti with Gopal (who thinks Shanti is her daughter) never to return, hides in her father's house. Later Radha attempts to suicide by jumping in a river but fails, caught by police, they keep her in their supervision. Gopal gets to know where she is and comes to meet Radha, Radha tells Gopal that she loved Krishna and Shanti is Krishna's daughter. Gopal breaks down and says that everything will be alright. He makes his Will and hands over Shanti to Krishna with a letter saying that he is going just like he came,handing over Krishna's daughter to her real father, Gopal decides that he is giving all his wealth to Shanti and along with this, there are divorce papers; he is setting Radha free from this relationship so that she can live her life the way she wants. Gopal then goes away on a ship. Back to the future, elderly Gopal lying on bed meets Krishna and says he just wanted to meet Krishna and now he can die. Gopal dies. Krishna tells his daughter that the same night when Gopal left,Radha went to an Ashram leaving everyone and to spend the rest of her life there, the letter that krishna received the other day said that Radha has passed away. 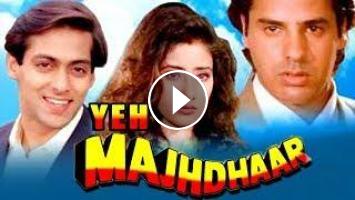 The movie story deals with Krishna talking to Shanti while he receives a letter and then realizes he is late and must be leaving to meet someone, he t...