Jatrai Jatra (Nepali: जात्रै जात्रा) is a 2019 Nepalese drama comedy heist thriller film, directed and written by Pradeep Bhattarai. The film is produced by Singe Lama, Yadav Poudel and Rabindra Singh Baniya under the banner of Shatkon Arts.[1] The film stars Bipin Karki, Dayahang Rai, Rabindra Singh Baniya, Rabindra Jha and Barsha Raut in the lead roles.[2] The film is the sequel and follow up of Jatra released on 2016.[3] [4][5][6]

The film deals aftermath life of Fanindra, Munna and Joyes after they get released from jail on bail and also the consequences after they find bag of gold.

The film received positive to mixed response from critics with praise for its performances, twist and turns and proper sequel storyline of the film but unnecessary events shown in the film and predictability was criticized. The film has earned around रु 5.70 crores in 3 weeks, emerging as Super Hit at the box office. 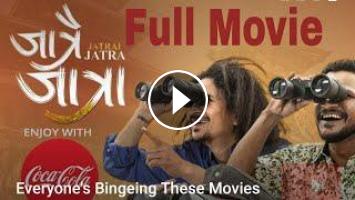