News Reporter Payal and her camera-man have been assigned the task of interviewing the world's highest ranking criminal don, Devraj, which they accept. In the process, Payal and Devraj fall in love with each other,much to the opposition of Bismillah, Devraj's guardian on one hand; and Police Inspector Amit, and Payal's brother Ravi on the other. What results is that Ravi is killed with Devraj being blamed and arrested. Payal tesitifies against him, and Devraj is sentenced to be hanged. When Bismillah finds about this plot, he tracks them down, but Amit kills him to save himself and Payal. But Devraj escapes from custody, and begins to plot vengeance against his enemies, including Payal, as well as the real killer of Ravi. As the story unfolds, it is revealed that Amit was the one who killed Ravi and joined Thakral to frame Devraj for it. But Amit betrays Thakral and kills him. He then takes Payal on a flight where Devraj tracks him down and kills him. The story ends with Payal and Devraj getting married. 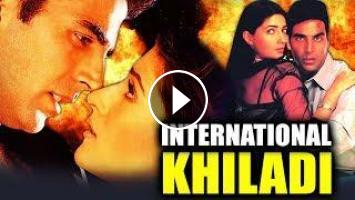 News Reporter Payal and her camera-man have been assigned the task of interviewing the world's highest ranking criminal don, Devraj, which they accept...