Bala is a 2019 Hindi-language social problem comedy film directed by Amar Kaushik, written by Niren Bhatt, co-written by Ravi Muppa, and produced by Dinesh Vijan, based on an original story by Bengali film director Pavel Bhattacharjee. Ayushmann Khurrana stars as the titular character, a young man living in Kanpur who is suffering from male pattern baldness, and the story is about his lack of confidence and societal pressure that comes with premature balding. Bhumi Pednekar, Yami Gautam, Javed Jaffrey, Saurabh Shukla, and Seema Pahwa feature in supporting roles.

Principal photography began on 6 May 2019 in Kanpur and the film was also shot in Mumbai and Lucknow.[6] The soundtrack was composed by Sachin–Jigar; the film released in preview shows on 7 November 2019 and Indian theatres on the following day.[1] Made on a budget of ₹250 million (US$3.5 million),[2] Bala received generally positive reviews from critics, and it grossed ₹1.71 billion (US$24 million) worldwide. Later, it earned 3 nominations at the 65th Filmfare Awards - Best Actor for Khurrana, Best Supporting Actress for Pahwa, and Best Dialogue for Bhatt. 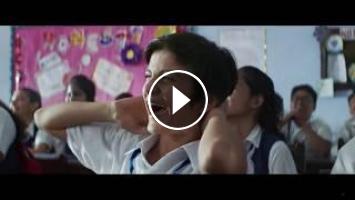