Synopsis: While on a religious pilgrimage, Laxmi Prasad finds an abandoned baby at a temple, when she sees no around, she decides to keep him. When her husband, Shankar, returns from jail, they name the child Ramu. While Laxmi wants him to go to school, study and become someone important, Shankar wants him to gamble, partner him in bootlegging and smuggling. Ramu is unable to fit in school and decides to work with his dad. Thus Ramu grows up accepting crime as his career. Then a young woman named Mala enters his life, and both fall in love with each other. When Mala finds out about Ramu's career, she makes him promise that he will go straight. He does go straight, gets a job, and when he is laid off he takes to helping Dhondu catch fish. Then Ramu's world gets turned upside when Inspector Hemant, while apprehending Shankar, guns down Laxmi. An enraged Ramu decides that he must kill Hemant at any cost. Watch what impact this will have on Hemant's mom, his dad, and Mala herself as she watches Ramu descent into the very hell that she had tried to redeem him from.

SUBSCRIBE for the best Bollywood videos, movies and scenes, all in ONE channel https://goo.gl/lt6aAI

Your One Stop Destination For All The Latest Videos Subscribe Now!
https://goo.gl/lt6aAI 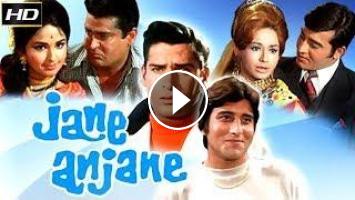