admin
Jatrai Jatra (Nepali: जात्रै जात्रा) is a 2019 Nepalese drama comedy heist thriller film, directed and written by Pradeep Bhattarai. The film is produced by Singe Lama, Yadav Poudel and Rabindra Singh Baniya under the banner of Shatkon Arts.[1] The film stars Bipin Karki, Dayahang Rai, Rabindra Singh Baniya, Rabindra Jha and Barsha Raut in the lead roles.[2] The film is the sequel and follow up of Jatra released on 2016.[3] [4][5][6]

The film deals aftermath life of Fanindra, Munna and Joyes after they get released from jail on bail and also the consequences after they find bag of gold.

The film received positive to mixed response from critics with praise for its performances, twist and turns and proper sequel storyline of the film but unnecessary events shown in the film and predictability was criticized. The film has earned around रु 5.70 crores in 3 weeks, emerging as Super Hit at the box office.

Plot
See also: Jatra (2016 film)
The first film ended with Fanindra Timilsina (Bipin Karki), Joyes (Rabindra Singh Baniya), and Munna (Rabindra Jha) being arrested for possessing a bag full of counterfeit money. In the sequel, they’ve been found innocent and released from custody after two years. But finding a job is difficult out in the real world. Munna is kicked out of his barber shop; Joyes cannot find the love of his life and somehow ends up in a job delivering oxygen tanks; and Fanindra needs to find a better life for his wife Sampada (Barsha Raut) and son Iman (Arbein Khadka). Fanindra tries different jobs, finally ending up as a taxi driver to a Brahmin sahu (Rajaram Paudel).

One day, Fanindra’s taxi is ransacked by goons while driving a rowdy customer, Dawa (Daya Hang Rai). The gangsters kidnap Dawa but a crateful of chicken that Dawa was carrying is left behind. These chicken turn out to be hiding gold biscuits.

Fanindra decides he wants to keep the gold, but the goons are obviously looking for it. So Fanindra and his friends must now protect the gold and themselves.

Who takes the gold? Are they able to make everything in their life same once again and solve all their economical problems? This all questions answers form the rest of the story. 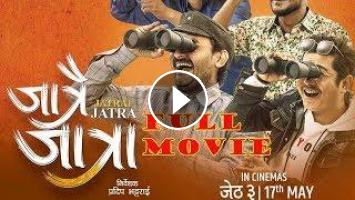