K.G.F: Chapter 1 is a 2018 Indian Kannada-language period action film[7][8] written and directed by Prashanth Neel, and produced by Vijay Kiragandur under the banner Hombale films. It is the first instalment in the two-part series, followed by K.G.F: Chapter 2. The film centres around Raja Krishnappa Bairya "Rocky", born into poverty, who arrives in Bombay (now Mumbai) in the 1960s, on a quest for power and wealth as desired by his dying mother. Involved with the gold mafia there, he is recruited to kill Garuda, the oppressive heir-in-waiting, in Kolar Gold Fields. Yash stars as Rocky, while Ramachandra Raju features as Garuda. Anant Nag narrates the film while also playing a supporting role alongside Srinidhi Shetty, Vasishta N. Simha, Ayyappa P. Sharma and Harish Rai. At the 66th National Film Awards, the film won 2 awards for Best Action and Best Special Effects.[9] The film is a blockbuster in Kannada Film Industry as well as Indian Cinema. 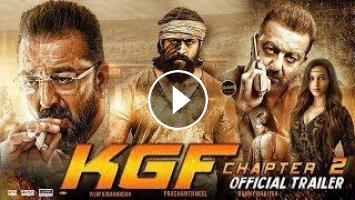